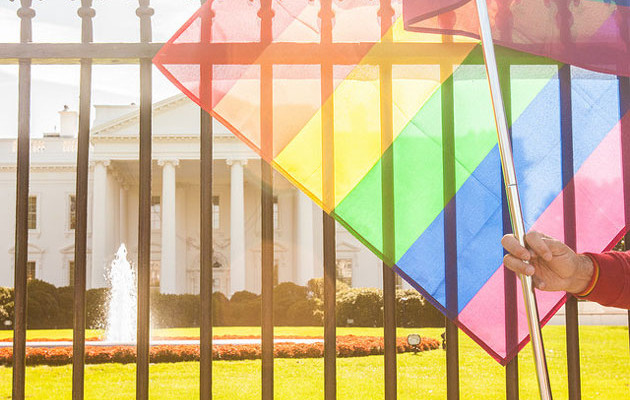 NEW YORK – The Obama administration has called for a ban on “conversion therapy” – the practice of using psychology to try to change a person’s sexual orientation or gender identity. Although Congress is unlikely to act on the White House’s request, lesbian, gay, bisexual and transgender supporters say it could help state efforts to end the widely discredited practice.

“I hope that the president’s announcement is going to add to the energy to pass laws like this,” said Hayley Gorenberg, deputy legal director of the rights group Lambda Legal, which is pushing to pass anti-conversion therapy legislation in New York. “The president’s statement is an incredible, symbolic statement of solidarity, but I think it has very practical, concrete results as well.”

More than 120,000 people signed a petition on the White House website demanding legislation to end conversion therapy, following the suicide of an Ohio transgender teen in December. The White House responded with a statement acknowledging the destructive nature of conversion therapy and pledging to support state efforts to ban it.

The American Psychological Association, the World Health Organization and a range of other professional groups repeatedly have spoken against conversion therapy, saying it isn’t a medically or ethically valid practice. However, Gorenberg said not enough families are aware of the dangers.

“These are family-wreckers, these efforts to convert children from their identity, from who they are,” she said. “The more families understand that this is a useless effort and a dangerous one, the more families will be preserved.”

The New York State Assembly passed a bill last year that would have banned conversion therapy, but it stalled in the Senate. California, New Jersey, and the District of Columbia have outlawed the practice.

PHOTO: The Obama administration has called for a ban on conversion therapy, the widely discredited practice of using psychology to try to change a person’s sexual orientation or gender identity. Photo credit: Tony Webster/CC.

LONG ISLAND, NY - The Nassau County Major Case Bureau is seeking the public's help in identifying the suspect in a Bank Robbery...