NEW YORK NY – AccuWeather reports following a late-week surge in warmth in the Midwest and Northeast, a storm will accompany a press of chilly air during part of the Easter Weekend with rain and even accumulating wet snow in some locations.

The storm will cause some travel problems and hinder outdoor activities due to wet conditions, slushy areas and poor visibility.

Just as colder air begins to slice into the Northeast, a storm will track from the Ohio Valley to New England spanning Friday night into Saturday. The exact track of the storm and how quickly temperatures drop will determine where the swath of snow sets up and the amount of accumulation possible.

While the air is unlikely to ever get cold enough for snow with the storm along much of the Interstate-95 corridor and south of I-70 in the Ohio Valley, portions of I-80, I-90, I-81, and New York’s Southern Tier Expressway and Thruway could get slushy and slippery in some locations.

Accumulating snow is possible across parts of northeastern Ohio, northwestern Pennsylvania, upstate New York, northern New England and neighboring Canada. Part of this zone could receive a few inches of snow during the first part of the weekend.

Where the snow falls during the nighttime and early morning hours, the snow could make some roads slushy and slippery, especially in locations that do not receive direct sunlight.

A change from rain to a wintry mix or wet snow showers is possible from portions of West Virginia to parts of northern Indiana, central Ohio, southeastern Michigan, western and central Pennsylvania, central New York state and part of central New England. In these areas, any accumulating snow is most likely to be limited to the higher elevations and grassy areas in the valleys.

While most roads in the snow area of New England, Ontario and Quebec will be wet during the midday and afternoon hours on Saturday, low visibility could cause some difficulties for motorists and flights at secondary airports.

Even where rain falls, some airline delays at the major airports in the Northeast can occur for a time due to downpours, low cloud ceilings and patchy fog.

The fast movement of the storm will allow clearing from the Ohio Valley to the mid-Atlantic as the day progresses on Saturday.

Clouds and a narrow zone of rain and wet snow will affect part of the Northeast and Midwest on Sunday.

AccuWeather.com and the AccuWeather Network will provide updates over the next few days as the track of the storm and change to colder weather becomes more definitive. 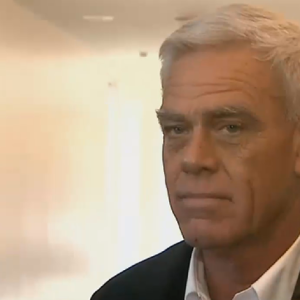