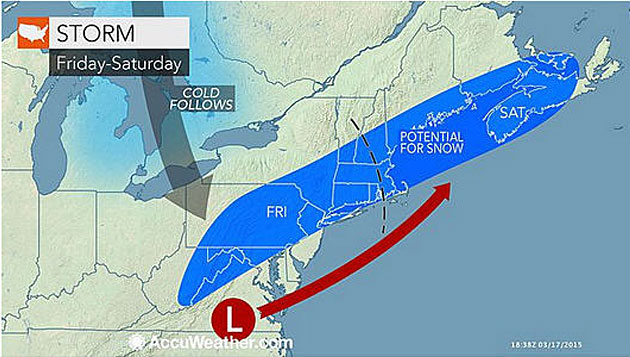 LONG ISLAND, NY – AccuWeather reports a storm spreading rain across the South this week will take a northward jog and spread snow into part of the Northeast on Friday.

Spring officially arrives on Friday, March 20, at 6:45 p.m. EDT, but Old Man Winter may have the last laugh.

Colder air will invade the Northeast during the middle days of the week, and the atmosphere is likely to remain just cold enough for some wet snow from part of the mid-Atlantic to possibly as far north as New England before the week draws to a close. 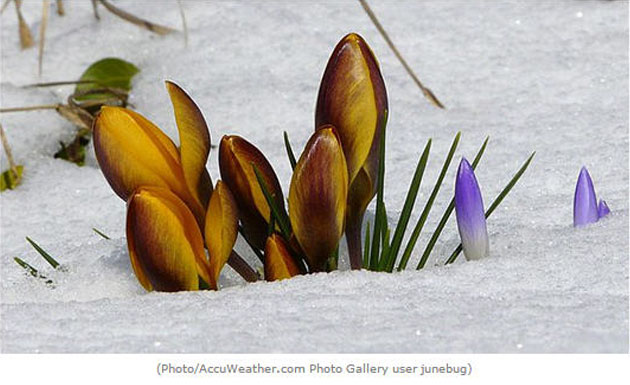 Despite the colder air, temperatures will be marginal for the storm with a close call between rain and snow along the Interstate-95 corridor in the mid-Atlantic.

A wintry mix of rain and snow is most likely in the Baltimore and Washington, D.C., areas. The storm is likely to impact travel in this area, including the potential for flight delays due to poor visibility and deicing operations. 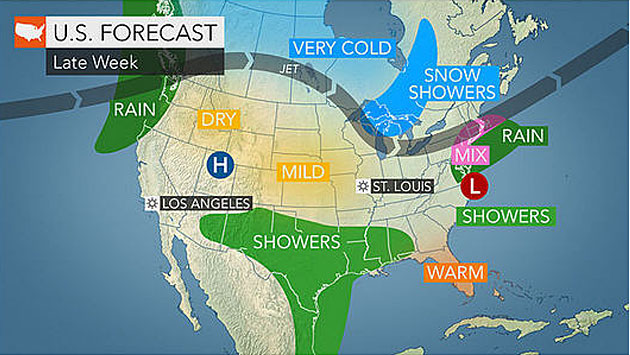 Since paved surfaces absorb a considerable amount of warmth from the sun this time of the year, it would have to snow hard to make roads slippery during the daylight hours. However, even a moderate snow falling at night or early in the morning can be enough to make roads slushy.

Should the storm strengthen quickly intermittent rain and snow could switch to heavy snow for a time from parts of western and northern Virginia and eastern West Virginia, northern Maryland, central and eastern Pennsylvania and northern and central New Jersey.

How far north the storm tracks as it nears the Atlantic coast will determine whether or not precipitation reaches the swath from Philadelphia to New York City and Boston, and if significant travel delays occur along with disruptions to daily activities.

A stronger storm tracking farther north into the cold air could translate to a significant snowfall in the upper part of the mid-Atlantic coast to southeastern New England.

Should the storm remain weak and take a more easterly track, precipitation may never reach New England or could be too light to stick to roads.

Additional waves of cold air forecast to move in through the first part of April could lead to additional opportunities for late-season snow in the region.

As a another storm system slices to the east from the Great Lakes on Saturday, there could be a second chance at snow in New England in areas that might be missed by the first round of snow from Friday.

More details will follow on the potential snowfall in parts of the Northeast on AccuWeather.com. 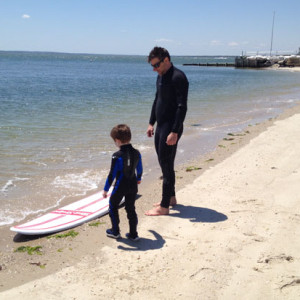 by Mike Clifford NEW YORK - Budget proposals are now pending in Albany that would address what many advocates agree are long...