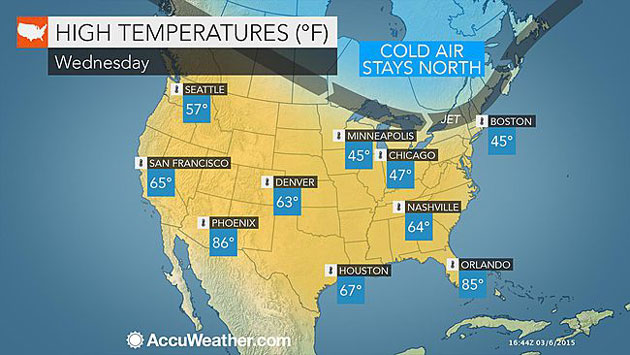 LONG ISLAND, NY – AccuWeather.com reports as arctic air is held at bay next week, warmth will build from the West to the Central states, while the temperatures rebound to seasonable levels in the Northeast.

A change in the weather pattern will turn off arctic air invasions to allow the March sun to go to work over much of the central and northeastern United States for the second week of the month.

While the official arrival of spring is a couple of weeks away, winter is finally showing signs of wavering.

According to AccuWeather.com Meteorologist Mark Paquette, “Compared to what people have been through this February, the weather next week should feel much more comfortable from the Plains to the East.” 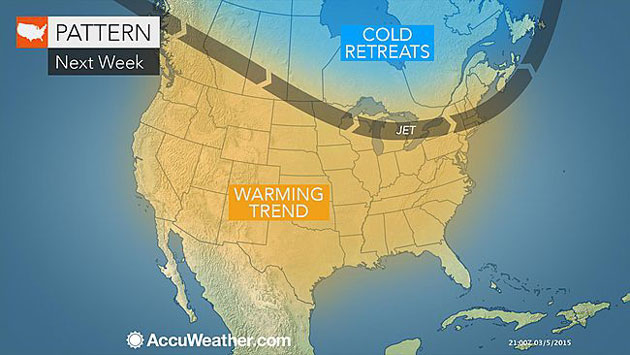 The pattern will be more than just a tease for a day and is likely to bring the highest weekly average temperatures since last December in many areas of the Midwest and East.

“We expect mild Pacific air to flow from west to east across the nation next week, which will keep arctic air locked up over central Canada,” Paquette said.

While the extensive snow cover and ice on area streams and rivers will remain a concern for flooding and ice jams moving forward through March, a significant amount of snow cover will be lost.

The extensive snow cover will balance out the warmup in the Upper Midwest and Northeast.

“As successive high pressure areas settle in, the combination of snow cover and clear, calm conditions at night will allow for some chilly early morning low temperatures in the Northeast,” Paquette said.

As a result, the Northeast will not get as warm as areas farther west in the central Plains.

Despite this, daytime highs should reach or exceed average during multiple days for the middle of March, even in the Northeast.

The strengthening March sun results in average temperatures trending upward by a degree every few days during the middle and latter part of the month. 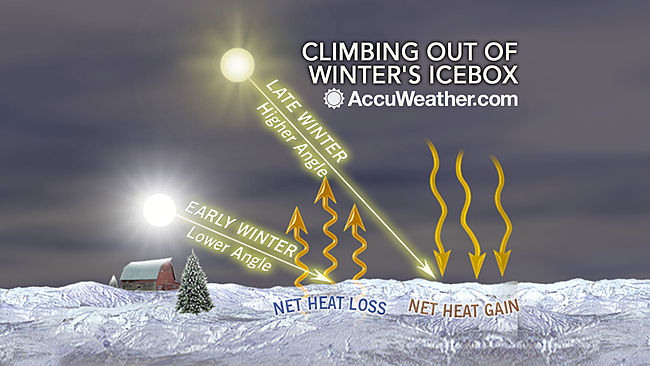 Temperatures will climb into the 40s and 50s around the Great Lakes and into the 50s and 60s over parts of the Plains and the Ohio and Tennessee valleys this coming week.

In the Northeast, highs most days will range from the upper 30s to the 40s in New England and the 40s and 50s farther south in the mid-Atlantic for the second week of March.

Even warmer weather is likely for much of the Central and Eastern states for the third week of the month.

Some chilly episodes may follow into April along with a couple of cold storms, typical of spring.

Spring officially arrives on March 20, at 6:45 p.m. EDT. Remember to turn your clocks ahead one hour before going to bed this Saturday night. 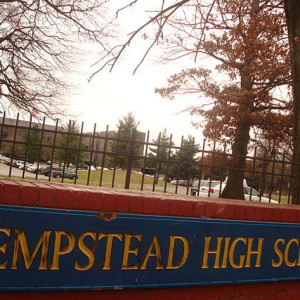 by Derek Hawkins NEW YORK - A New York school district has agreed to end policies that made it difficult - and in some...