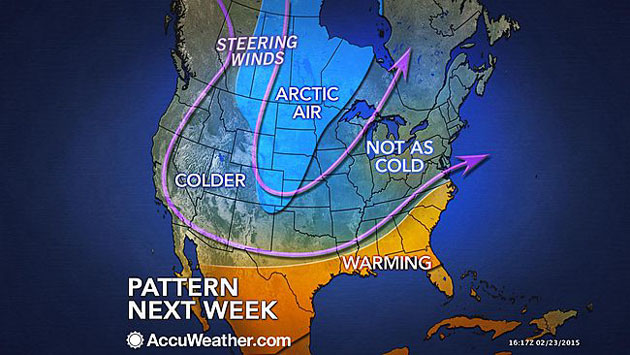 NEW YORK, NY – AccuWeather reports additional waves of frigid air will continue to flow southward out of Canada and into the central and eastern United States this week, but there are indications the worst of the cold will ease up next week in the East.

More than 175 million people from the Upper Midwest to the interior South and the Northeast will have to endure more extreme cold conditions this week.

Temperatures on one to several nights will dip below zero F from the Dakotas, Minnesota and Michigan to Virginia, New York and Maine.

While the air masses moving through this week are not quite as extreme as that of last week, daily record low temperatures will continue to be challenged. Once again, record lows dating as far back as the late 1800s will be on the table. 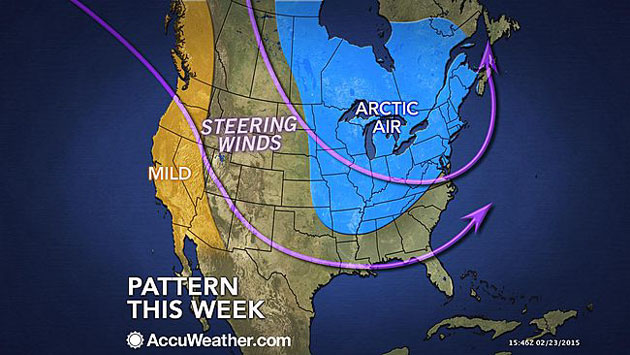 As if the air wasn’t cold enough, AccuWeather RealFeel® Temperatures will spend a considerable time below zero F from the northern Plains to the Northeast. The conditions will raise a new round of threats from frostbite and hypothermia for those spending time outdoors and not properly dressed.

The weather pattern into the weekend will mean more dead car batteries, frozen water lines and water main breaks. Deliveries of coal, fuel oil and propane will keep up a brisk pace as costs from heating homes and businesses take a bigger and bigger bite out of the budget.

With the ongoing or renewed cold for the last week of February, the month may land among the coldest on record from around the Great Lakes to the Northeast.

Multiple locations including Boston, New York City, Detroit, Pittsburgh, Cleveland and Chicago are likely to finish the month within the top three coldest Februaries on record. In some cases, such as Buffalo, New York, temperatures for the remainder of the month may deliver the coldest February on record and could rank as the one of the coldest months ever. 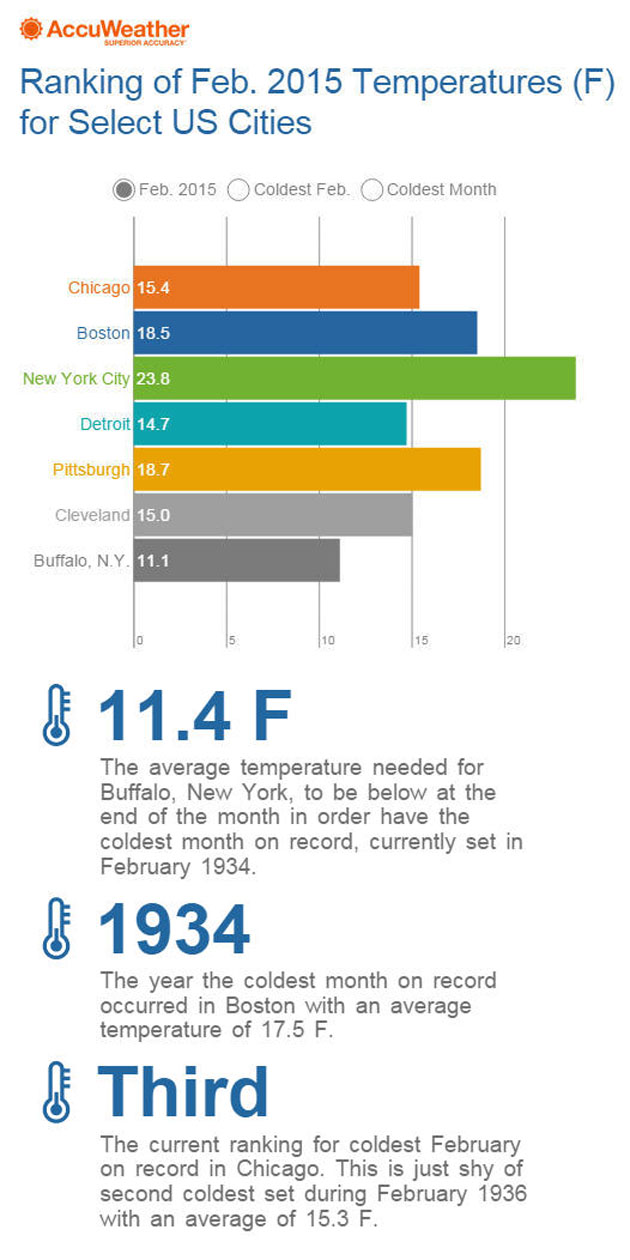 With the exception of nuisance episodes of spotty light snow and flurries, much of the northern states will generally be free of major storms through the week.

However, in the South, multiple rounds of snow and ice will affect travel and daily activities over interior locations.

There is a chance that moisture moves close enough to part of the mid-Atlantic to bring a period of snow Thursday or Thursday night.

Extreme Cold to Ease in March

There is finally some good news for the millions of people who have had enough of the cold.

According to AccuWeather.com Senior Meteorologist Brett Anderson, “Indications are the pattern will change next week so that the cold is much less severe from the Midwest to the Northeast.”

“Temperatures from the Midwest to the Northeast will still average below normal, but they will be much less extreme,” Anderson said.

Parts of the South, including Atlanta, Birmingham, Alabama, and Charlotte, North Carolina, may break out into some warm early spring weather next week. Highs may in the 60s on a few occasions.

As a byproduct of the weather pattern change, a series of storms may track from the Southwest states to the Great Lakes and the St. Lawrence Valley. The stormy pattern may translate to wintry mix events that transition to rain for the Ohio Valley and Northeast. 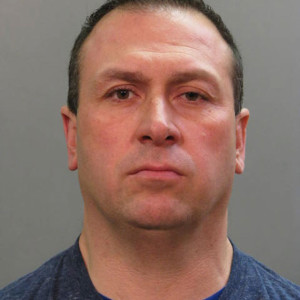