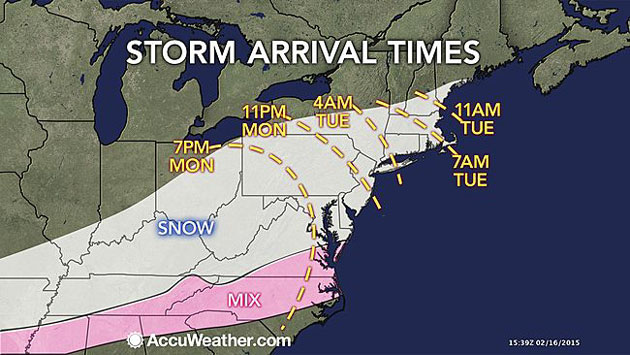 NEW YORK, NY – AccuWeather.com reports while ice glazes places to the south, disruptive snow will track from the Ohio Valley to the mid-Atlantic and New England through Tuesday.

The snowstorm could prove to be the biggest so far this winter for many communities from Missouri to Virginia, including in St. Louis, Washington, D.C., and Richmond, Virginia.

The snow will continue its journey eastward from Missouri to the mid-Atlantic through Monday night. Tuesday is when snow will return to New England. 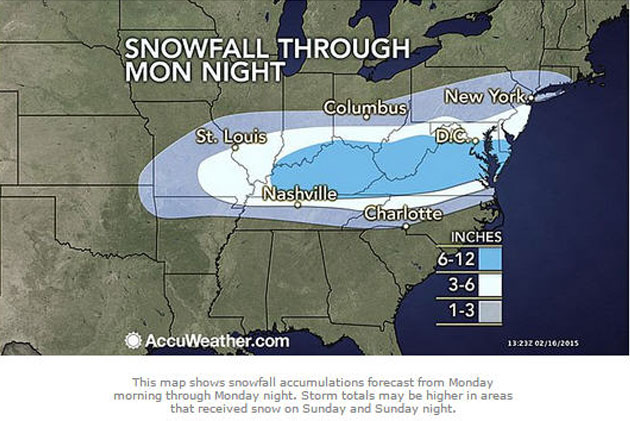 Storm totals may be higher in areas that received snow on Sunday and Sunday night.

Such a path through the start of Tuesday would take the snow from St. Louis to Louisville and Lexington, Kentucky; Cincinnati, Ohio; Charleston, West Virginia; Roanoke and Richmond, Virginia; Washington, D.C.; Baltimore; Dover, Delaware; Philadelphia and New York City.

At the same time, dangerous ice will continue to spread from from Arkansas to the Carolinas.

The battleground between snow totals in excess of 6 inches and the ice will be in northern Tennessee and southern Virginia. Where the winter storm remains a plain snow event, the heavy snow amounts will be measured. Any ice will hold down amounts but will still make for treacherous travel.

The snowstorm will bring significant disruptions to travelers and commuters, both on the ground and in the air.

Airline passengers should prepare for flight delays and cancellations, while residents will be faced with disruptions to daily routines. Even as the snow diminishes, officials may be forced to delay or cancel school in the mid-Atlantic on Tuesday.

“Motorists [in the mid-Atlantic’s I-95 corridor] should give themselves extra time for their morning commute Tuesday as they head back to work following the holiday weekend,” Hoegg continued.

After departing the southern mid-Atlantic, the snow will turn to the north and spread across New England’s I-95 corridor on Tuesday. 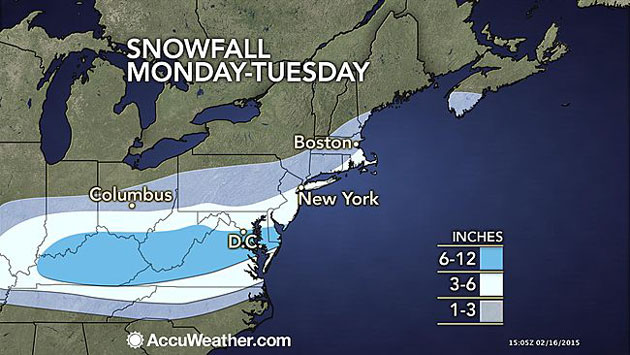 The coverage and intensity of the snow in New England will depend on how close the winter storm tracks to the Northeast coast. Current projections keep the storm’s track far enough offshore for only 3-6 inches of snow to graze southeastern New England with snowfall totals in excess of an inch bypassing most of Maine.

If the storm tracks closer to the coast than expected, snow totals of 3 to 6 inches will be more expansive.

Despite missing the worst of the snowstorm, any additional snow is the last thing snow-weary residents of New England want to see.

The snow will bring yet another round of travel disruptions and complicating plans for where to put all the snow being cleared from roads and sidewalks. Snowfall totals that approach 6 inches could be the breaking point for roofs that are already overloaded with snow.

Tuesday’s snow should also push this winter into second place on the list of snowiest winters for Boston, bypassing the winter of 1993-94 and its 96.3 inches. A total of 95.7 inches has fallen so far in the wake of the weekend blizzard. At the top of the list is the 107.6 inches from the winter of 1995-96.

While escaping most of the snow from this current storm, northern New England will likely be the target of the next round of disruptive snow at midweek as the next shot of brutally cold air descends across the eastern United States. 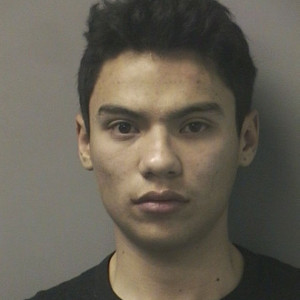 LONG ISLAND, NY - Nassau County Police have arrested a man for Robbery from an incident which occurred on Friday, February...