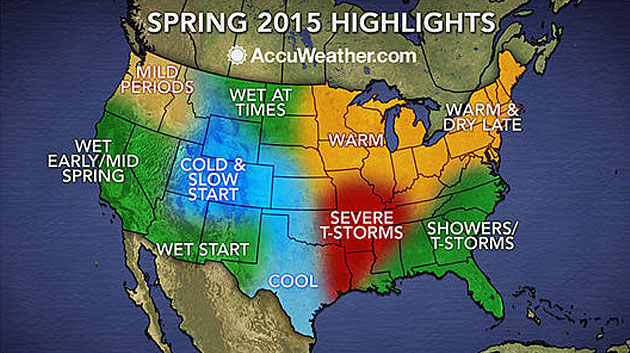 NEW YORK, NY – AccuWeather.com reports though Punxsutawney Phil saw his shadow on Groundhog Day, forecasting six more weeks of winter for the United States, AccuWeather meteorologists say that might not be the case nationwide.

The Midwest and Northeast are forecast to have a milder start to spring than last year. Meanwhile, colder air will accompany unsettled weather across the central and southern Rockies.

Overall, severe weather season will ramp up compared to the past three years, as more widespread warm air will prompt unstable conditions.

In California, drought problems will continue to build despite a few late-season snowstorms and rain in March and April.

Where Will Winter Maintain its Grip?

In line with Phil’s prognostication, a longer, late-winter pattern is expected to continue across the central and southern Rockies.

A supply of moisture will set the stage for more rounds of snow for the region.

“Skiers, I think you’re going to have some good skiing weather for the Rockies going into March and maybe even April as well,” AccuWeather.com Lead Long-Range Forecaster Paul Pastelok said.

In the Midwest and Northeastern states, chilly shots will linger into March. The cool air will be punctuated by milder days, but overall, the eastern half of the nation will have to wait until May for prolonged warmth.

To make matters worse for warm weather lovers, the opportunity exists for a late-season snowstorm around March.

Where is Milder Weather on the Horizon?

A quicker start to spring is in the offing for much of the Northwest.

Those near northern Florida and southeastern Georgia may experience some early-season severe weather in March and April.

“East Texas, such as Houston and Dallas, and maybe even into parts of Louisiana, those are the places to focus on early in the spring,” Pastelok said.

By April and May, severe weather will work its way into the Tennessee Valley as well.

The number of spring severe weather events has been below normal for the past couple of years, especially the number of tornadoes.

On average, around 1,300 tornadoes hit the United States each year, according to the Storm Prediction Center.

Since 2012, the United States has averaged around 900 tornadoes per year.

“We’ve had slow starts with stable air hanging around longer through the spring season. This year’s a little different.”

Warmer air will be more widespread across the country this season, increasing the instability of the atmosphere.

“I think we’re going to have a lot more tornadoes for the spring season compared to the last couple of years, with it really picking up as we get into April and May in the more traditional areas down south.”

Little Rock, Arkansas; Memphis, Tennessee; and Jackson, Mississippi; will be the focus in the heart of severe weather season.

Drier air will work its way across the central and northern Plains at times that could hold back the severe weather in those areas. Places like Oklahoma City, Oklahoma, and Wichita, Kansas, could catch a break.

For areas that traditionally receive spring flooding, including the northern Plains and Midwest, this spring won’t bring any extreme conditions.

“With the lack of heavy snowfall in the more prone areas this winter and not much heavy rainfall for the early spring, we may get by pretty good this year without much flooding for these areas,” Pastelok said.

“The weather setup will give these areas a drier ground and a chance for early warmth, maybe even some early heat, going into May,” Pastelok said.

Conditions will be decent for farmers in traditional Midwest growing areas with no major disruptions to planting.

Though more snow is on the way for California into the spring season, it’s not expected to be enough to put an end to the state’s drought woes.

After a steady supply of rain and snow early in the winter, a second surge of precipitation could arrive for California in late March or early April. The focus will likely be on the central and northern valleys, but even the Desert Southwest could see improvement all the way into early spring.

“I think conditions have improved a little bit, and I think that they’ll get another boost going into April,” Pastelok said.

“We just don’t think they’re going to get enough to put an end to the drought. They’re still going to have some problems.” 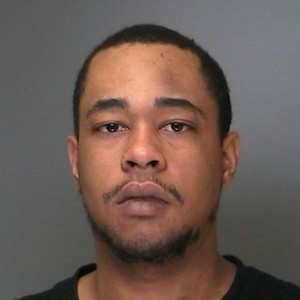