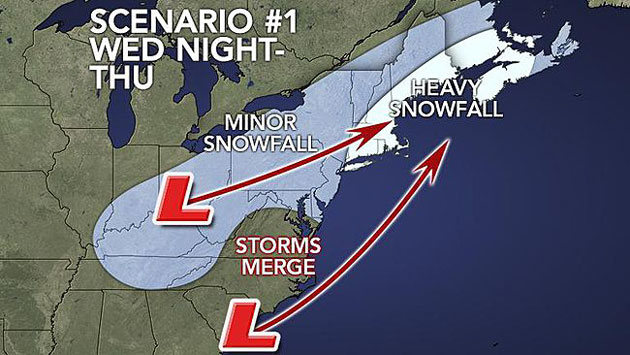 by Courtney Spamer, Meteorologist for AccuWeather.com

NEW YORK, NY – AccuWeather reports the interaction between a clipper and a low in the Gulf will determine how much snow falls in New England midweek.

Late Wednesday, the clipper pushing out of the Midwest will push into the Northeast, bringing minor snow when compared to the substantial snow totals of the last week or two.

However, it is the track of a second system, a low pressure sliding along the central Gulf Coast that will determine the fate of New England through Thursday.

After bringing drenching rain and thunderstorms from the Louisiana coast through the Florida Panhandle, this system will slide into the Atlantic Ocean and up the Eastern Seaboard.

Exactly how close to the coast this low tracks will determine how much snow falls from the mid-Atlantic coast to eastern New England.

At this time, the forecasting team at AccuWeather anticipate that these systems will collide as they move eastward. The clipper system will continue to bring a wave of lighter snow from the Ohio Valley through the mid-Atlantic, but it will collide with the Gulf Coast system, bringing heavier snow from Long Island through eastern New England and into eastern Maine.

In this case, lighter snow will begin Wednesday night and Thursday morning with the clipper, then the new merged storm will intensify offshore, allowing heavier snow to fall Thursday afternoon and evening.

Overall, snow totals are still expected to be less than those from the storm at the beginning of the week.

Least Disruptive: Storm out to Sea, Less Snowfall
The less likely scenario takes the Gulf Coast system and takes it out into the Atlantic. Instead of curving back into southern New England, the storm will continue out to sea. 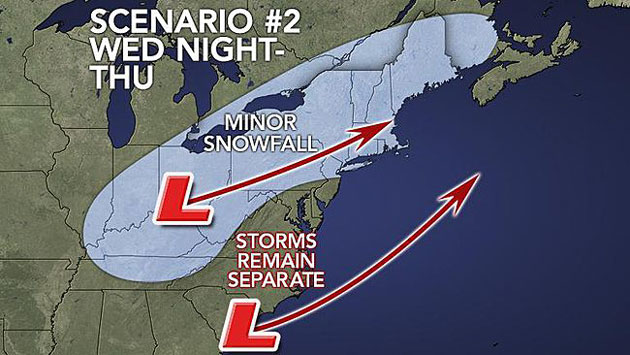 Although heavier storm amounts are not expected with this solution, the clipper system will still bring a swath of light snow across Pennsylvania and New York and into New England Wednesday night through early Thursday.

Whichever scenario works out, another push of arctic air will follow the storm and will sweep across Northeast before the end of the week. Highs on Friday across much of the Northeast will be in the teens and 20s.

AccuWeather.com will continue to provide updates on the waves of cold air and additional snow. 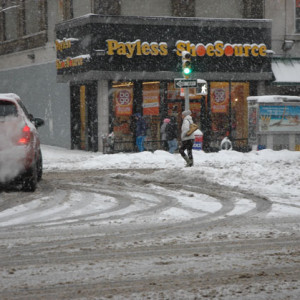 by Mike Clifford NEW YORK - New Yorkers have a chance to sound off about federal efforts to reduce ground-level ozone,...