NEW YORK – The holidays are a time when many people think of bringing home a new pet for their loved ones. With thousands of cats and dogs in shelters across New York, Tiffany Lacey, executive director of nonprofit Animal Haven, suggests people “adopt rather than shop.”

Thousands of perfectly healthy and adoptable pets are euthanized in the state every year, Lacey said, because there isn’t enough space to keep them.

“So, if people would move from the idea that animals should be purchased to adopting them from a shelter,” she said, “thousands and thousands – if not millions – of lives would be saved every year.”

Some people still have misconceptions about shelter pets, Lacey said; they assume they are somehow damaged or that purebreds aren’t available. Her organization and many others provide medical care and help socialize the pets, and are knowledgeable about each one.

There are many types to choose from, she said, from purebreds to “mutts” of all ages, sizes and colors.

Thousands of animals are euthanized in New York shelters every year, simply for lack of space, so adopting a shelter pet will also save a life. Photo courtesy Animal Haven NYC.

When an animal is purchased online or in a pet store, Lacey said, many are coming from “puppy mills” and places with few animal welfare standards or regulations. She said dogs usually are kept in metal cages and live under deplorable conditions.

“The cages normally don’t even have bottoms to them; often it’s just chicken wire, definitely outside in the cold, in the elements,” she said. “And then, the mother dogs and the father dogs, the ones that are bred, are just bred over and over and over again.”

Thousands of cats and kittens are among the critters waiting for homes in New York animal shelters. Photo courtesy Animal Haven NYC.

While there are reputable breeders, Lacey recommended that people looking for purebred dogs should call shelters, because many are rescued from puppy mills, or look online for purebred rescue groups in heir area.

A vote by the New York City Council on regulation of pet stores is expected soon. Details of the measure, 55-A, are online at legistar.council.nyc.gov.

Cuomo Declares: No Fracking for Now in New York 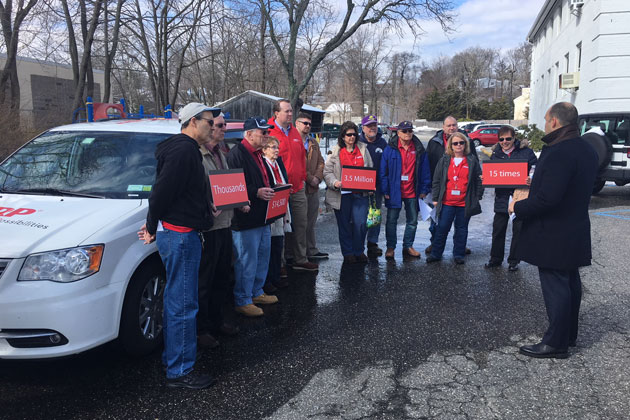 by Mike Clifford MELVILLE, N.Y. - When federal and state funds fall short, someone has to step up and in 2014, charitable...