(Nassau LI) The Nassau County Police have reported the details of an arrest of multiple charges of weapons and drugs on October 2, 2014 at 6:13 pm in Greenvale.

According to Third Squad detectives, officers received a 911 call to 5 Carl Street, for a man with a gun. Upon arrival officers were met by defendant Donald Miller, 51, of the same address. The defendant stated he had a rifle in the house and told the officers to go inside and look. Once inside officers observed in plain view an AK-47, SKS rifle, Marlin rifle, a Colt semi-auto .380 caliber pistol and 7 clear bags containing what is believed to be cocaine. The defendant was placed under arrest without incident. Subsequent to arrest detectives recovered two daggers, one switch blade and ammunition for the Colt handgun.

According to detectives, officers received a 911 call for a man with a gun. Upon arrival officers observed in plain view an AK-47, SKS rifle, Marlin rifle, a Colt semi-auto .380 caliber pistol and 7 clear bags containing what is believed to be cocaine. 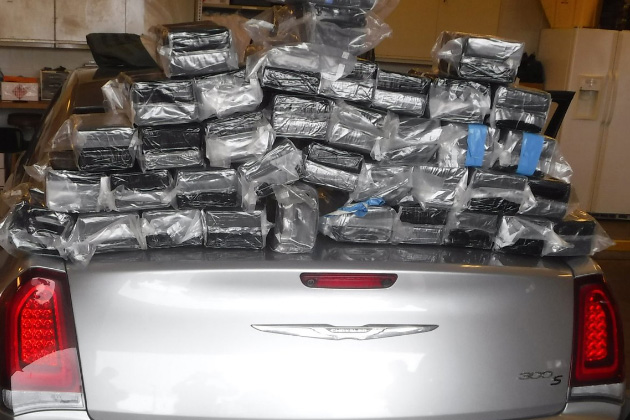 (Baldwin, NY) Nassau County Police have arrested a Baldwin man for Criminal Sale of a Controlled Substance from an incident...