Barneys To Prevent Racial Profiling By Retaining An Anti-Profiling Consultant, Adopting New Loss Prevention Policies And Procedures, And Training Its Employees; Schneiderman: Profiling And Racial Discrimination Remain A Problem In Our State, But One We Are Not Willing To Accept

(NEW YORK) Attorney General Eric T. Schneiderman today announced an agreement with Barneys New York that will help ensure that customers, regardless of their race or ethnicity, have equal access to its stores throughout New York. This agreement follows a nine-month-long investigation by the Attorney General’s Office, which was launched after two African-American customers alleged they were falsely accused of credit card fraud while shopping at Barneys’ flagship store.

“Profiling and racial discrimination remain a problem in our state, but not one we are willing to accept. This agreement will continue our work to ensure there’s one set of rules for everyone in public accommodations, including customers in New York’s retail establishments,” Attorney General Schneiderman said. “This agreement will correct a number of wrongs, both by fixing past policies and by monitoring the actions of Barneys and its employees to make sure that past mistakes are not repeated.”

Additionally, the Attorney General found that Barneys maintained inadequate records of stops made by their loss-prevention employees, but despite these lapses, existing records showed a disproportionate number of African-American and Latino customers being detained for alleged shoplifting or credit card fraud.

After its investigation, the Attorney General’s Civil Rights Bureau concluded that Barneys did not have comprehensive written policies regarding racial profiling; use of objective, race-neutral criteria for investigating potential shoplifting and/or credit card fraud; use of excessive force and handcuffs, or treatment of detainees. The Bureau also concluded that Barneys lacked consistent record-keeping policies with respect to stops and detentions made by its loss-prevention employees or by local law enforcement.

“As the Public Advocate, an attorney, and former Assistant Attorney General, I appreciate the serious need to protect workers and consumers from abuse and bias. I commend Attorney General Schneiderman and his staff for their diligent work in reaching this settlement.  We must continue to be vigilant and make sure that no business, no matter how large or small, discriminates against customers,” said New York City Public Advocate Letitia James.

Assemblyman Karim Camara said, “Every citizen is entitled to equal protection under the law, plain and simple. This basic fact cannot be forgotten, especially in New York, which so many people from different backgrounds call home. This agreement is an effort to correct past injustices, and I believe it will do just that. Eric Schneiderman and the Office of the Attorney General should be commended for their fine work.”

Sherrilyn Ifill, President and Director-Counsel of the NAACP Legal Defense and Educational Fund, Inc., said, “One of the most significant problems we face today concerns racial profiling of African-Americans and Latinos. The Civil Rights Act of 1964 stands as one of our most important tools for confronting those problems that persist in the public accommodations context. I thank the Attorney General’s Civil Rights Bureau for working to ensure that the doors of our public establishments are equally open to all, regardless of race.” 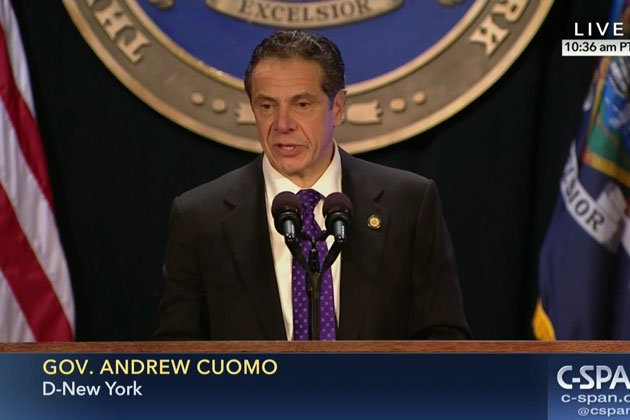