(Long Island, N.Y.) – “Legends in Concert,” the original and largest tribute show in the world, returns to Long Island for a limited engagement, Aug. 13 – 17 at The Patchogue Theatre for the Performing Arts.

Since its debut at Las Vegas’ Imperial Palace on May 5, 1983, “Legends in Concert” has earned the entertainment industry awards, “Show of the Year,” “Entertainers of the Year,” and “Grand Slam,” as well as the prestigious “Show of Shows” awarded by the International Press Association.

“Legends in Concert” has entertained over 6.5 million people in its Las Vegas shows alone. It is the longest running independently owned production show in Las Vegas and Atlantic City. Other permanent locations in the United States include Myrtle Beach, S.C.; Branson, Mo.; Mashantucket, Conn. (Foxwoods Resort Casino); and Waikiki, Hawaii (Royal Hawaiian Theater). In 1989 it was the first Las Vegas show to appear on Broadway.

Internationally, the show has traveled the high seas on the Norwegian EPIC cruise ship, and has toured throughout Australia, Africa, China and Europe. It was the first Las Vegas show to tour the Russian cities of Moscow, St. Petersburg and Riga in 1991, and has been seen in over 15 countries around the world. Its artists have performed for millions of people on such television networks like ABC, BBC, Fox and MTV.

Rus Anderson performs as Elton John in Patchogue. Originally the front man for a Virgin Records showcase band, Anderson was originally approached by Britain’s Pantheon Theatre Company for lead roles in tours of “The Little Shop Of Horrors” and “Joseph… Dreamcoat.” Anderson’s portrayal of Elton John has earned him an endorsement from the official Elton John fanclub and praise from prestigious clients such as the Elton John AIDS Foundation. He is known for wearing actual items worn onstage by Elton John during his concerts (many of which were first worn at the Hollywood Bowl during 1973-74) including his actual signature white framed, red lens Dennis Roberts glasses.

Coty Alexander plays Madonna, “The Material Girl.” Alexander started her impersonating career when she was asked to play Shirley Temple on stage and began her singing career in Japan and Korea for the U.S.O. Her tributes have been featured in the media on “The Surreal Life,” “The Carson Daly Show,” “Good Morning America,” “E! Entertainment,” “MTV,” “Travel Channel,” “Discovery,” “Rolling Stone,” “LA Times,” “The New York Times,” “San Francisco Chronicle” and Ellen DeGeneres’ “The Really Big Show.”

Jason Jarrett stars as “The King of Pop,” Michael Jackson. Jarrett has appeared in film and television projects such as “Friends,” “Ali McBeal,” “Beverley Hills 90210” and “Charmed.” Jason can regularly be seen performing as Michael Jackson as part of Legends in Concert at the Flamingo Hotel and Casino in Las Vegas.

Scott Keough stars as Michale Bublé. Keough is also the star of the Michael Bublé Tribute Act, the country’s top Michael Bublé tribute group. His original song, “All To You,” has sold over 40,000 copies and has acquired over 1,100,000 views on YouTube since its release in 2010. Scott has also shared the stage with such performers such as Donnie and Marie Osmond, Olivia Newton John, and jazz artist Peter Petty.

Rainere Martin is Donna Summer. Martin first received recognition for her portrayal of Donna Summer during “Showtime at the Apollo” on national television, for which she received a standing ovation. She has appeared with “Legends in Concert” shows since 2012, and stars in the acclaimed tribute show, “An Evening with Donna Summer.”

Brigitte Valdez has toured the United States and abroad, performing in major venues and sports arenas as Celine Dion. Valdez has appeared in “Legends in Concert” for over ten years, after first showcasing her skills on NBC’s “Your Big Break.” Valdez has recorded several solo releases at Paramount Pictures and Warner Brothers and was voted into the semi-finals of television show, “The Next Best Thing.”

“Legends in Concert” is owned and operated by On Stage Entertainment, which has produced over 75 shows from its Las Vegas offices, ranging from one-person specialty shows to multimillion dollar extravaganzas. Additional projects include the national tour of “Elvis Lives: The Ultimate Elvis Tribute Artist Event,” produced in association with Elvis Presley Enterprises Inc., and sponsored by American Express.

The Gateway is a 501(c)(3) non-profit organization that seeks to provide theatre of the highest caliber to the Long Island region and beyond. It is the region’s oldest professional theatre.

The Gateway’s 2014 season is sponsored by AARP New York, Sunrise Toyota and The Manhattan Club. Funding provided, in part, by the County of Suffolk; and is made possible by the New York State Council on the Arts with the support of Governor Andrew Cuomo and the New York State Legislature. 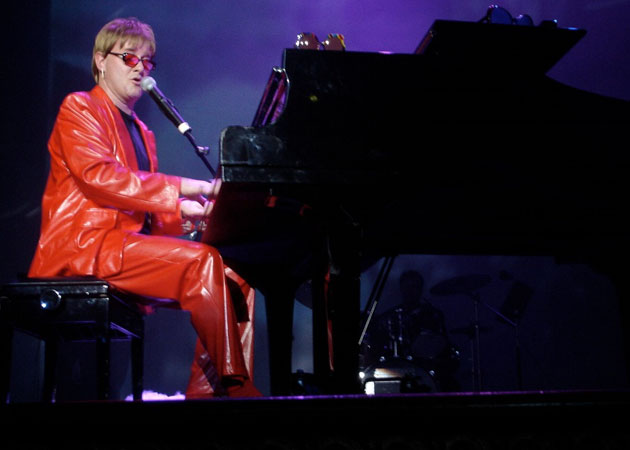