States Propose Restrictions On Advertising To Youth, Bans On Flavored E-Cigarettes; Schneiderman: FDA Proposal Falls Far Short Of What Is Needed To Protect Our Youth

“E-cigarettes have all the addictive qualities of regular, combustible cigarettes, yet they are completely unregulated by the FDA,” said Attorney General Schneiderman.  “While we applaud the FDA’s proposal to start regulating these tobacco products, it falls far short of what is needed to protect our youth.  Each year, electronic cigarette companies spend millions of dollars advertising their product – often on prime-time television — glamorizing smoking in the same way combustible cigarettes did before those commercials were banned. And each year, more and more youth try electronic cigarettes, exposing themselves to the proven dangers of nicotine.”

E-cigarettes contain no tobacco but do contain nicotine generally derived from tobacco.  The nicotine is dissolved in a liquid that, when heated, forms a vapor that is inhaled, delivering nicotine to the lungs. While some claim that e-cigarettes may have the potential to help smokers quit using combustible cigarettes, the FDA has not approved them as smoking cessation devices.  Furthermore, the public health implications of these new products are still being researched and there remain concerns that they will be attractive to youth and cause teens to become addicted to nicotine and ultimately to start using cancer-causing combustible products that do contain tobacco. In 2013, e-cigarette advertisements on television reached over 14 million teens, and magazine advertisements reached 9.5 million teens.  In just one year, the five largest e-cigarette companies increased their marketing expenditures by 164%.

E-cigarettes are a significant and growing part of the cigarette market.  Of greatest concern is research showing an “exponential” increase in e-cigarette use among young people. According to the latest Surgeon General’s report, nicotine exposure during adolescence adversely affects cognitive function and development, potentially resulting in lasting deficits.

In April 2014, the FDA issued proposed regulations deeming e-cigarettes “tobacco products,” which puts them under the FDA’s regulatory jurisdiction under the Federal Food, Drug, and Cosmetic Act (FD&C Act), as amended by the Family Smoking Prevention and Tobacco Control Act (Tobacco Control Act). Though the FDA’s proposed regulations represent a step in the right direction, the attorneys general argue that they do not go nearly far enough to protect young people from the potential harms of e-cigarettes. Over 7,000 flavors are available for electronic cigarettes, and more are introduced each month.

“Today, we urge the FDA to do the right thing and protect our youth from yet another tobacco epidemic,” the letter continues. “We don’t need these e-cigarettes aimed at our youth.  What we need are strong FDA regulations that protect the public health and protect our youth from a lifetime of nicotine addiction.  The FDA should ban all flavored electronic cigarettes and should prohibit e-cigarette advertising on television, radio and youth-oriented magazines.”

In their comments, the states urged the FDA to do more to protect children from the harmful consequences of nicotine. In particular, they called for the FDA to:

The comments to the FDA can be viewed here (PDF). 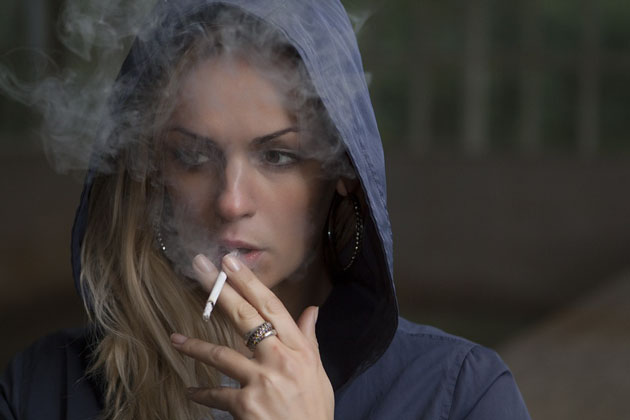 (Nassau, LI) The Nassau County Police Department is investigating a spree of robberies which have involved seven Chase bank...