It’s unlikely that United Mine Workers of America president Cecil Roberts thought he would be arrested protesting the energy policies of the very politician his union supported in 2008. But things have come full circle for coal miners, who now see President Obama’s climate agenda threatening their livelihoods.

Roberts and other UMWA board members were arrested Thursday marching through Pittsburgh, Pennsylvania, towards the federal building the Environmental Protection Agency was holding field hearings for a new rule that could very well force more coal mines and plants to shut down.

Roberts was leading about 5,000 coal miners, their families and supporters to show the EPA that coal miners, boilermakers, electric workers and other unions did not support the Obama administration’s new regulations limiting carbon dioxide emissions from coal-fired power plants.

“This was an expression by the leadership of the union and the solidarity for our members when our jobs are on the line … it’s what it’s all about,” Roberts said while being arrested.

UMWA District 31 vice president Mike Caputo said the Pittsburgh rally was only “the first shot of the battle” against the Obama’s administration’s regulatory agenda.

“We were willing to go to jail to show the government that this is a serious issue within our union and the jobs that it affects,” Caputo told the Register-Herald. “We painted a vivid picture of who this rule is going to affect.”

The fact is, UMWA has come along way since 2008 when they enthusiastically supported Barack Obama in his bid for the presidency.

During the 2008 campaign, UMWA had originally thrown its weight behind former North Carolina Democratic Sen. John Edwards during the primaries. But after he dropped out of the race, the coal miners union heartily endorsed Obama — even though he had lost primaries in the coal-heavy states of Kentucky and West Virginia to Hillary Clinton.

“Senator Obama shares the values of UMWA members and our families,” union president Roberts said in 2008. “He understands and will fight for the needs our members have today and the hopes our members have for a secure future for themselves and their families.”

According to the Associated Press, UMWA was “unanimous in picking Obama for its endorsement.” The union, which at the time represented 105,000 active and retired coal workers in the U.S. and Canada were one of many major unions to throw in with Obama.

“Senator Obama will fight to preserve American jobs, not ship them overseas in greater and greater numbers,” Roberts said in his endorsement. “Senator Obama will make sure that the nation’s mine safety and health enforcement agency actually enforces the law, instead of coddling mine operators who repeatedly and willfully violate the law.”

But while UMWA was enthusiastically supporting Obama, the then-senator was making some very telling statements about his plans for energy policy, in particular what he planned to do with the coal industry.

In an interview with the San Francisco Chronicle, he stated his energy plan would “bankrupt” coal plant owners, adding that “electricity rates would necessarily skyrocket,” under his cap-and-trade system.

“So, if somebody wants to build a coal plant, they can — it’s just that it will bankrupt them, because they are going to be charged a huge sum for all that greenhouse gas that’s being emitted,” Obama told the SF Chronicle.

“Under my plan of a cap-and-trade system, electricity rates would necessarily skyrocket, regardless of what I say about whether coal is good or bad, because I’m capping greenhouse gases,” Obama added. “Coal power plants, natural gas, whatever the industry was, they would have to retrofit their operations. That will cost money. They will pass that money onto consumers.”

It wasn’t long after Obama won the 2008 election that Democrats in Congress attempted to push through cap-and-trade — which was defeated in 2010. But the defeat in Congress was made up for by Obama’s regulatory branch — namely, the Environmental Protection Agency.

In late 2009, the EPA made its “endangerment finding” which classified carbon dioxide and other greenhouse gases as harmful to human health because they caused global warming when emitted from power plants.

As Obama’s first term came to a close, the coal industry began to feel the heat of EPA regulations and was forced to shutter coal mines and power down power plants. This trend was exacerbated by plummeting natural gas prices.

By the 2012 election, the coal industry was blaming President Obama and the EPA for much of their woes as coal mines were shut down and miners laid off. Obama’s so-called “war on coal” had become a major talking point for Republican candidates at all levels.

“Coal is a blessing,” said Josh Mandel, 2012 Republican Senate challenger to Ohio Democratic Sherrod Brown. “There are some who are trying to convince the country that coal is a liability… It’s not a Democratic or Republican issue. It’s an economic issue.”

Republican Mitt Romney, Obama’s 2012 challenger, said during the second presidential debate that people in coal country “grabbed my arms and said, ‘Please save my job.’”

“When the president ran for office, he said if you build a coal plant, you can go ahead, but you’ll go bankrupt,” Romney said.

The EPA’s imposition of onerous regulations on the coal industry caused Obama to lose UMWA’s support. But the union did not wind up backing Romney, despite the Republican’s playing up the “war on coal” issue.

“Governor Romney’s record on coal isn’t any better,” Caputo told the National Journal in 2012, referring to comments made by Romney in 2003 where he said that coal kills people.

“Mitt Romney has never been a friend of our industry,” Caputo added. “Now he’s out preaching he’s all for coal, but his history sure doesn’t show that.”

Even though EPA regulations had lost Obama UMWA’s support in 2012, the president had still done little to tackle global warming — especially after the 2010 defeat of cap-and-trade in Congress.

But the EPA’s 2009 “endangerment finding” set them up for a huge regulatory once Obama began his second term. When he came into his second term Obama also made promises to issue more regulations to tackle global warming, which would inevitably impact the coal industry.

In June 2013, Obama put the full force of his administration behind fighting global warming. In a speech at Georgetown University he promised to use executive orders to regulate greenhouse gas emissions, including ordering the EPA to slap carbon dioxide emissions limits on power plants.

In September 2013, the EPA proposed a rule that would cap carbon emissions from new power plants, effectively banning the construction of new coal-fired power plants unless they installed unproven carbon capture technology.

UMWA was not pleased by this rule, adding to the list of ways the Obama administration was closing its regulatory grip on the coal industry.

“These regulations lay the groundwork for a future of significantly higher electricity bills for American ratepayers, especially those who live in states where a majority of the electricity is generated from coal,” UMWA’s Roberts said about the rule in 2013. “The current low price of natural gas will not last long, especially in a marketplace where it becomes the dominant fuel.”

It was less than a year later that the EPA proposed its second round of carbon emissions limits for power plants, this time on plants that were already in operation. The EPA predicts the rule to cut emissions from existing power plants 30 percent by 2030 would raise electricity prices up to 6.5 percent by 2020 and shutter 19 percent of the U.S. coal-fired capacity while decreasing coal production by 28 percent.

“Coal miners have been asked for 150 years to provide the means to energize America and make our nation the strongest on earth,” Roberts said in a press release following the existing plant rule’s release. “We have always answered that call. We have done what our nation asked of us. But under this rule, our reward is to be kicked to the curb, hopefully out of sight and soon forgotten.”

In the wake of these new rules and with thousands of coal jobs already being cut, UMWA stepped up its activism and heavily opposed the rules. Their most recent protest at the EPA field hearings in Pittsburgh and coal miner testimonies and field hearings in other cities showed just how determined they are to repeal these regulations.

Thousands of coal miners and their families showed up, along with thousands of coal supporters, to protest the agency’s existing power plants rule that would cause more coal jobs to be cut as coal production is reduced and more coal plants are shuttered.

“I think it went extremely well,” Caputo told the Charleston Daily Mail of the Pittsburgh march. “I think we sent a powerful message that these are real people with real jobs. These are folks who are retired with pensions, people who are working, trying to support their families and live a middle-class life and send their kids to college. That’s what’s at stake if this rule goes through as proposed. It could put us all out of work.”

Caputo, Roberts and 13 others were arrested during the march for obstructing the sidewalk. “We were processed and released,” Caputo told the Daily Mail.

What’s become clear to many coal supporters is that Obama is trying to live up to his 2008 promise and “bankrupt” the coal industry.

“Before he was elected in 2008, President Obama warned he would do this when he told the San Francisco Chronicle, ‘if somebody wants to build a coal-powered plant, they can. It’s just that it will bankrupt them,’” West Virginia attorney general Patrick Morrisey told coal supporters at the Pittsburgh rally.

“Well, my fellow attorneys general and I have a response to that: ‘You can try to ignore the law, shut out Congress, violate the Constitution, and destroy the livelihoods of miners and thousands of families, but we will fight you with every fiber of our being.’” 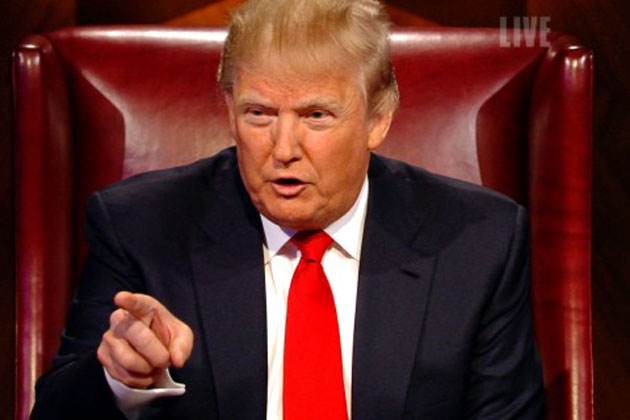 (Franklin Square, NY) The Nassau County Police Department has reported the arrest of a Queens man for Grand Larceny on Saturday,...