(Roosevelt, NY) The Nassau County Police Department has reported the details of a Burglary which occurred yesterday, Tuesday, July 29, 2014 at 5:26 P.M. in Roosevelt.

According to First Squad detectives, a male victim, 36, and a female, 39, were sleeping in a rear bedroom of an E. Roosevelt Avenue home when an unknown male black suspect kicked in his door and discharged one round from a handgun. The male victim attempted to tackle the suspect at which time the suspect struck him in the head with the gun. The victim suffered a laceration to the head. The suspect fled on foot eastbound on E. Roosevelt Avenue.

Detectives ask anyone with information about this crime to contact Nassau County Crime Stoppers at 1-800-244-TIPS. All callers will remain anonymous. 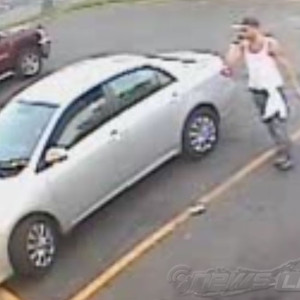